Opening night of tour in Seattle, Diamanda Galás took to a dimly lit stage at 9:10pm in a long black dress.  She paused momentarily to acknowledge her fans in the sold out Neptune Theatre in Seattle’s University District then proceeded to take seat at the grand piano sitting at center stage.

The piano was lit by five rear stage lights.  All were red except for one clear center spot light that beamed down on her directly.   She gracefully began playing and singing with her voice in a soprano operatic style.   The audience was quickly captivated by her performance and began cheering after her first song and then the room suddenly fell silent.   So silent that you could hear a whisper from across the room, had anyone dared to even try to speak. 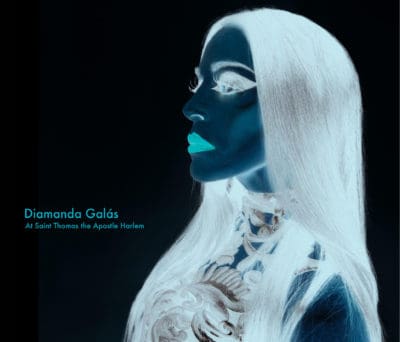 After a momentary pause she began playing the second song of the evening.   As she caressed the piano keys she was belting out German lyrics with her voice in a deep and intensively low octave as fans watched her every move.   At the ending of each song of the evening she turned her back to the audience for a moment then proceeded to perform the next song.   When the third song began, fog started to sweep across the stage and slowly filled the venue as Diamanda skillfully controlled her vocals as she moved through various octave ranges.   To the fans it appeared effortless like there was no skill or control required.   Then just as quickly as she began singing, the song was over and the lights went solid red as she turned to glance at the audience with a teasing smile.   The control of her vocals mixed with her command of her audience is what she’s great at and why fans have become entranced by her throughout the years.

The next song of the evening was a deep and contrasting musical styling that only Diamanda Galás could and has perfected through her amazing career.   The lights shifted with an addition of a couple of dark blue colored beams of light with the red and clear lights. The audience gazed upon her as she continued to perform, sitting alone at the piano with her sheet music under precise and meaningfully executed lighting.   The crowd erupted with  enormous cheer and clapping as her song ended and the venue walls lit up in red lights and the stage turned to blue and clear as she appeared to fade away into the black background. 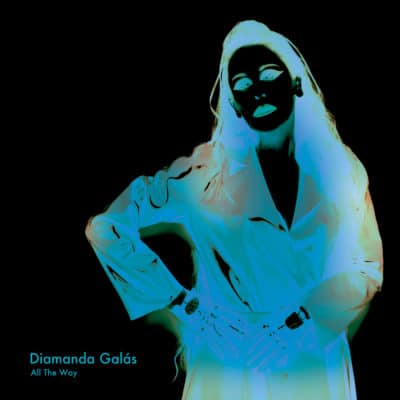 Midway through the show I began feeling a deep urge to start belting out lyrics to her songs, but at that very moment I noticed another fan standing to the back of the venue that had also been filled with inspiration from all the music.   She was dancing quietly yet excitedly and letting out the energy that we were all absorbing from the performance.

Transitioning to her next song, rear floor lighting illuminated the stage as the overhead lights turned clear and were aiming into the audience.  You could suddenly see bright sheet music sitting on top of the piano bridge and for the first time during the evening you could fully see the musical siren as she wailed in high octave notes that descended into loud whispers.   As I took another glance around the room, I noticed that there was a fine divide of the fans.   They were either sitting wide eyed and observing attentively whilst other fans were sitting quietly with their eyes closed to concentrate on each note of her performance.

Into the next song, Diamanda suddenly cried out and stopped playing.   She then stated the song was “too dreary” and  quickly shuffled through her sheet music to select a different song as the fans laughed, cheered and applauded.   The lights changed into all red with a single clear light from above.   Two side stage floor lights illuminated providing lighting at the piano bench height that added a warm orange glow across her back that made her hair shine and appear to be kissed by a warm summer sun.   She performed one more song then exited the stage as the crowd jumped to their feet roaring for more.   Then she stepped back onto stage and began performing the first of two encores.

After the second encore she approached the front edge of the stage and took a graceful bow as she waved and thanked the audience.   Her hour long performance was absolutely captivating.   Every last fan in the venue stood up to give a long standing ovation in hopes she would return to play one more song.

Diamanda Galás’ performance was beautiful, enchanting, intense,  a little terrifying with a bit of doom and even an undertone of blues in her classical piano playing.   She gave a performance like no other.  If you have a chance to see one of her limited tour dates, it is a must see show.   Make a point of going.  She is definitely a stand out performer!   What a thrilling experience in Seattle tonight! 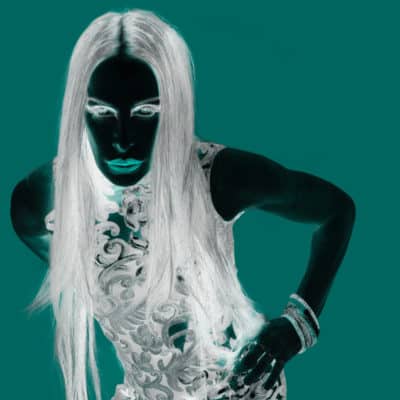 About Diane Webb 1317 Articles
I am music fanatic, writer, photographer, music publicist, artist manager and aspiring to player of bass as well as guitar so I can write the music I hear in my head, plus play some of the sick riffs I hear on albums I listen to. I love travelling to see new places, meeting new people, learn about local cultures and live with chronic wanderlust. Music, travel, good friends/family and enjoying life is key! I write for Yesterdazenews Magazine, Rocknytt.net (Sweden) and HRH Magazine (UK). You can follow my photography on Instagram: @yesterdazenews Facebook: @YesterdazeNewsPhotography. Follow my publicity on IG/FB @playloudagency.

MEAT LOAF TO APPEAR ON OPRAH: WHERE ARE THEY NOW?

December 7, 2016 Diane Webb
Help Get The Word Out By Sharing This With Your Friends

March 22, 2019 Diane Webb
Help Get The Word Out By Sharing This With Your Friends

August 21, 2017 Diane Webb
Help Get The Word Out By Sharing This With Your Friends

Halestorm – Back From the Dead (Reaction Video)